The daylight hours are noticeably shorter, and the stores are advertising their back to school sales.  You have been careful about using your sunscreen, or you at least made an effort, but now there is a spot you don’t remember being there at the beginning at the summer. Is it dangerous?

When trying to determine if a mole is suspicious, remember A, B, C, and D.

Keep in mind that the features described above only apply if the spot in question is a mole, or nevus in medical terms.  Over time, people tend to develop benign growths that are not moles.

Uniformly pigmented brown spots often represent lentigines, which are frequently referred to as “age spots,” “liver spots” or “freckles.”  Raised growths often develop in individuals over the age of 45.  These are called seborrheic keratoses, and are sometimes referred to as “barnacles.”  These often grow to over 6mm in diameter, and have multiple colors.  They are more common than dangerous moles.

It can be difficult to distinguish seborrheic keratoses from dangerous moles without proper training, so a trained dermatologist should evaluate growths with these features.  Red spots, which represent tufts of small blood vessels called angioma, are also very common.

Sores that bleed easily with minor trauma, such as washing with a facecloth, or spots that repeatedly scab over, but never quite heal are worrisome for a superficial type of skin cancer called basal cell carcinoma.  These are often pink or violet, and small vessels can be seen running through many of them.

Hard, rough crusty spots may represent a form of sun damage called actinic keratoses.  These frequently have the texture of sandpaper.  If left untreated they can progress to a form of skin cancer called squamous cell carcinoma.

WHEN TO SEE THE DERMATOLOGIST

Dangerous growths tend to progress rather than come and go.  If you see a new spot, there is no need to panic.  However, if it persists and has any of the features mentioned above, it should be evaluated.

Your physician will be happy to let you know if it is benign.  If it is potentially dangerous, it should be tested.  The overwhelming majority of skin cancers are completely treatable, particularly when caught early. 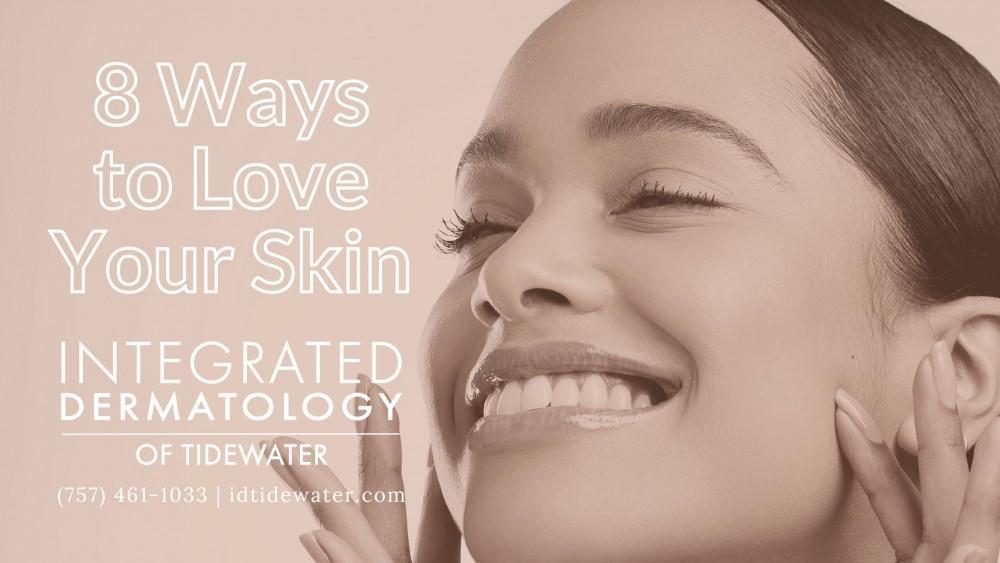 8 Ways to Love Your Skin

Fall head over heels in love with your skin this year. Here's a selection of our products and services that will help you look and feel your very best on Valentines Day and every other day ending in “Y!” 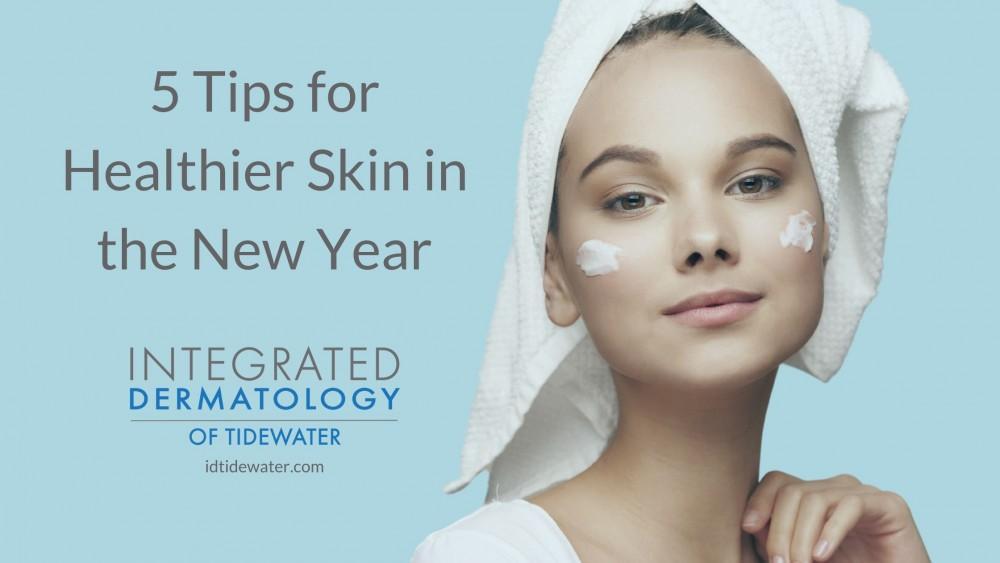 5 Tips for Healthier Skin in the New Year

The arrival of a new year inspires many of us to make resolutions … to eat better, sleep more, and generally live a healthier lifestyle. What better way to improve your health than to make sure you’re taking care of your body’s largest organ … your skin! 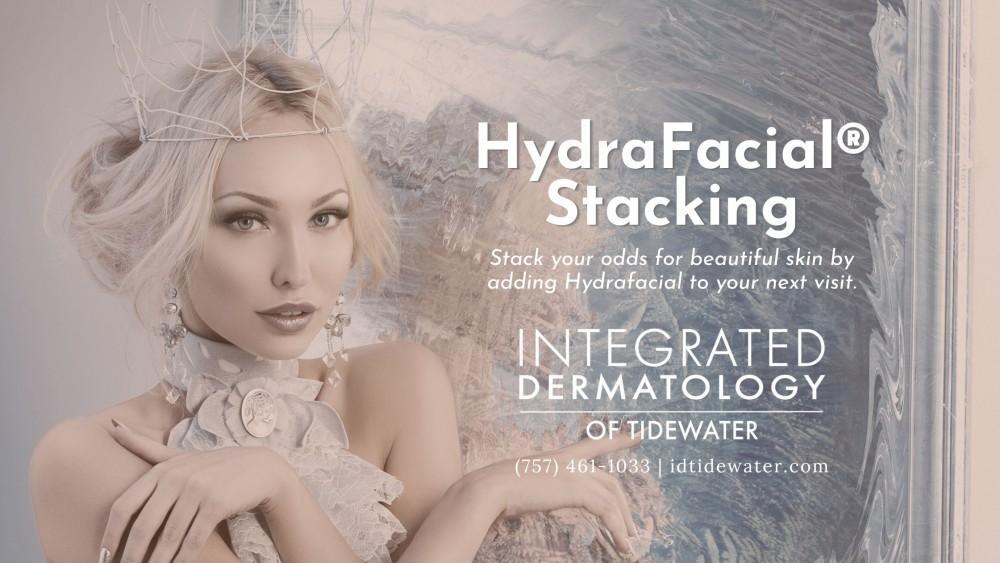 Many aesthetic treatments are amazing at solving ONE specific problem, but treatment stacking is a better way to achieve better results. Adding a Hydrafacial treatment will complement any of the anti-aging services we offer. Genius® RF Microneedling is an FDA approved, minimally invasive procedure that combines the benefits of traditional microneedling with radiofrequency energy to stimulate the skin’s natural production of collagen and elastin. Fine lines and wrinkles, rough texture, and pore congestion are no match for HydraFacial®. This revolutionary treatment improves your skin’s appearance in a three-step process that will cleanse, exfoliate, and hydrate your skin instantly. 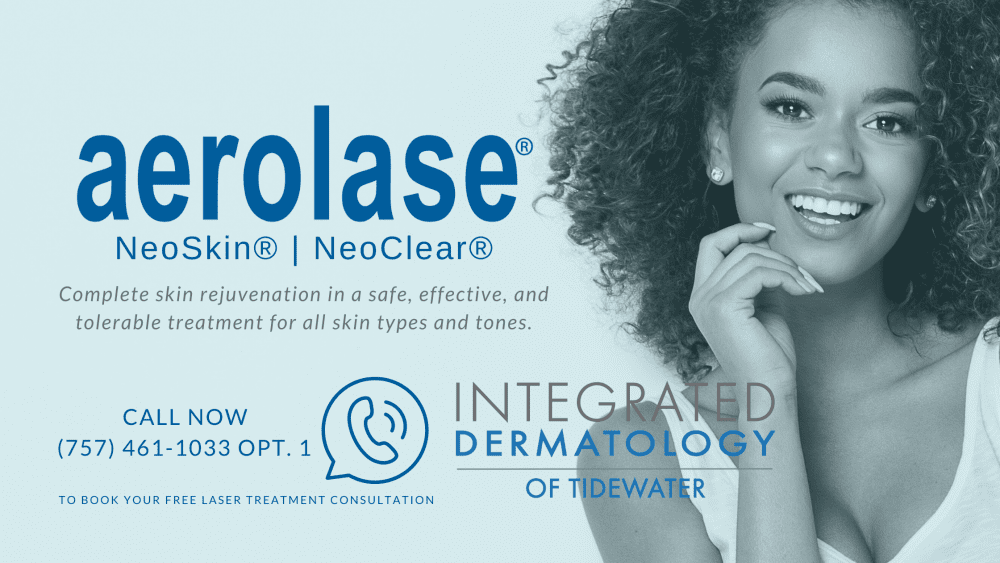 Get Laser Focused on Achieving Your Best Skin!

Integrated Dermatology of Tidewater is excited to share we now offer NeoSkin and Neoclear laser treatments. Uniquely gentle, the Neo offers complete skin rejuvenation in a safe, effective, and tolerable treatment for all skin types and tones.